Art, as we all know, attempts to reflect our universe back to us, through a (hopefully) shattered mirror. Superimposed over that mirror, is of course, also a reflection of the artist. In what we can only assume is a pastiche/homage to the blighted concept of artist genius, from the late 19th, early 20th Century, they have their finger on the mystic pulse of modern life. Don’t they? 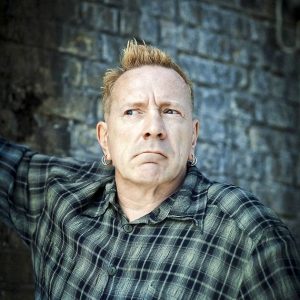 That’s why we have to honour them and give them freedom to pursue ideas and challenge the status quo, free of the constraints that hold the rest of us plebs in check. Why can’t we all be given an arts council funding for one project, at least? Maybe it should be like maternity/paternity cover? Granting creative freedom to everyone beyond the art world may well result in chaos and utter anarchy – keep up the good work, Arts Council. Implicit in that gift of freedom to artists is of course the unspoken promise that they’ll continue to point out that the world is exactly how we imagined it all along, while we all pretend they’re upsetting the Tory apple cart. Who ever left a gallery or performance and really felt they’d had their world view changed? Exhibitions are nothing more than Trump rallies, riling up the already indoctrinated.

In an era when even COUM are considered worthy of Hull City of Culture support and appear on the BBC News (celebrated, this time, rather than vilified – take that, avant-garde), it seems the only person capable of truly winding people up continues to be old punks like John Lydon, who in a recent interview declared Trump was a good guy. How rude!

“What I dislike is the left-wing media in America are trying to smear the bloke as a racist and that’s completely not true.

“There are many, many problems with him as a human being but he’s not that and there just might be a chance something good will come out of that situation because he terrifies politicians.” – John Lydon

Lydon doesn’t play the accepted narrative we’ve assigned to him, the wanker! Somewhere along the way, we’ve assumed he’s a liberal, Guardian reading, pinko arts lover like the rest of us. He’s the Kate Bush of the 70s. But so is Kate Bush, come to think of it. Why do we struggle so much when artists don’t do as we demand of them, and yet we ask them to think outside of the box and strategise beyond our generic, corporate lives. No wonder they’re confused and struggling to apply for grants.

The art world isn’t nearly full of enough wankers right now: but remember, you get the artists your times deserve. Welcome to your new conservatism.